You may have noticed it in my previous post about the Fiber Fest, but I have finished my Brioche Bandana! One of my goals for 2018 was to learn two color brioche. I had done regular one color brioche, which is about three steps easier. I had never tried two color brioche before this year. Now I can happily check that goal off my list! Aaah brioche…It’s only hard if you drop a stitch. 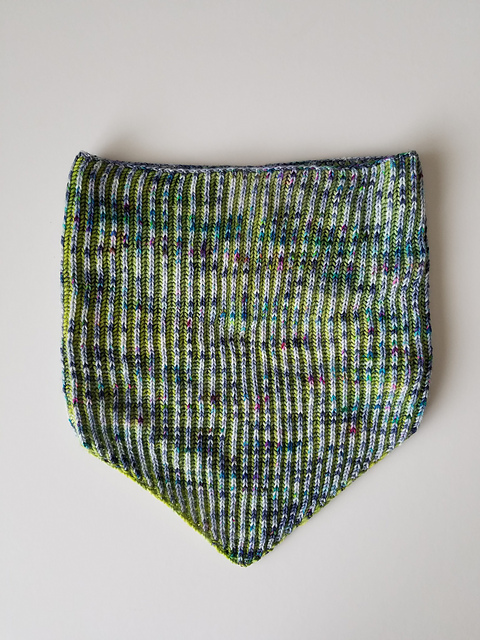 In retrospect, the brioche bandana was pretty challenging for a first timer. The difficulty comes when you have to switch between circular and flat brioche. The bandana starts out as a tube with brioche in the round, but later switches to flat knitting to create the triangular bandana section. Like most stitch patterns, brioche is a bit different in the round vs. flat. For the record, I prefer in the round, since I’m always a little fiddly with edges. 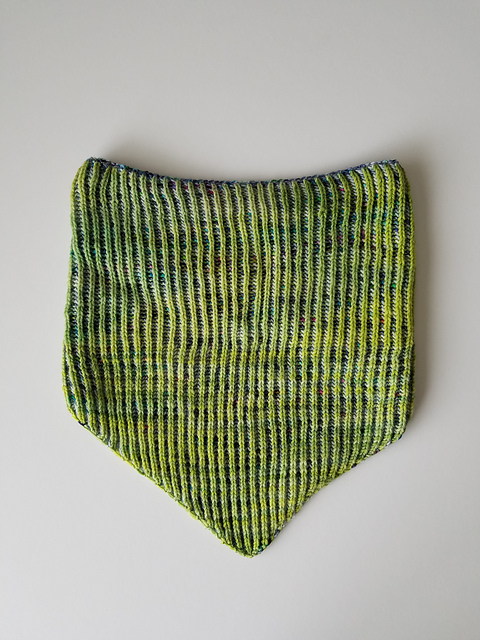 I also found the decreases on the lower part of the bandana to be sorta tricky. They just weren’t very intuitive. To be honest, I’m still not sure that I did them right. But no one has said, “oh my gosh, what did you do on the bottom edge of your cowl?!” so I’m just going to roll with it. I had contemplated adding a different bottom edge,but it’s not really noticeable when worn, so I decided against it.

Despite the few hiccups I had with this pattern, I would totally knit this again. In fact, I intend to knit this again with some hedgehog fibers yarn that I have in the stash. It’s incredibly easy to throw on and wear. It looks cool and interesting, but doesn’t add a lot of bulk. I don’t like it when scarves and cowls restrict the movement of my head and neck, so this is perfect. It’s not too heavy either. In short, the brioche bandana and I are a match made in heaven. 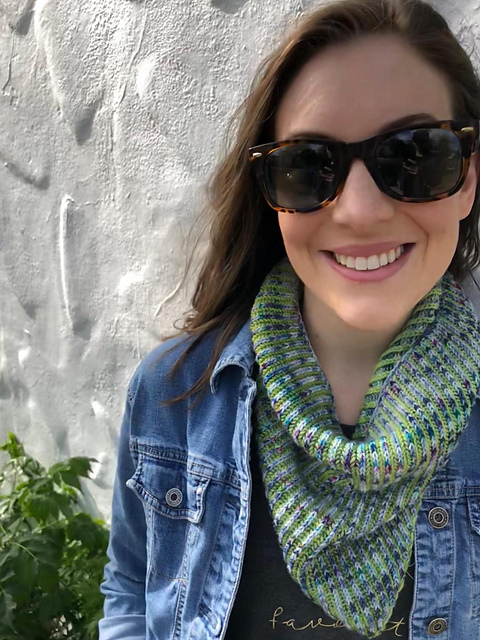 This technically used 2 different yarns,but I’m only going to talk about one. I was lucky enough to snag a skein of Dye For Knitting Merino Sock when I was in Tulsa last winter. It’s local to Oklahoma which made it extra special. And the colors are…to dye for! Seriously though, I loved the speckled blue yarn, and it took me a long time to figure out what to put with it in this cowl. In the end, I decided that a green would complement the yarn nicely. I had a partial skein of Knit Picks Stroll Tonal in green that worked well, so that’s what I went with. 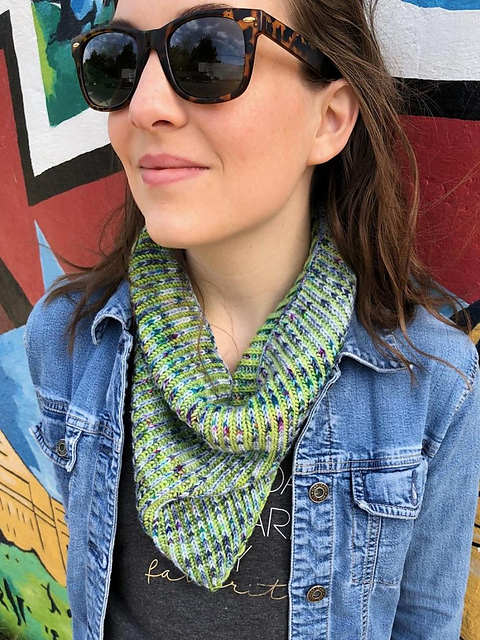 The yarn itself is great. It’s consistent and the color is so saturated. I didn’t have any issues with the quality, no knots or pilling. It smells delightfully sheepy, even after a eucalan soak, which I love. I was sniffing it all weekend when I wore it to Austen. It smelled a heck of a lot better than our hotel room! The dye did bleed a little when I initially soaked the bandana, but the dye didn’t get onto the other color at all.

I still have a bunch of this yarn leftover too. The brioche bandana really doesn’t take much. It’s great for leftovers. I can’t decide what to make with the leftovers of this one. Maybe a bright baby hat…As always, pattern recommendations are encouraged.